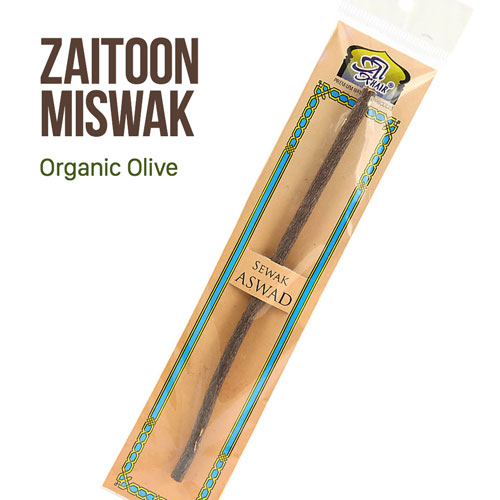 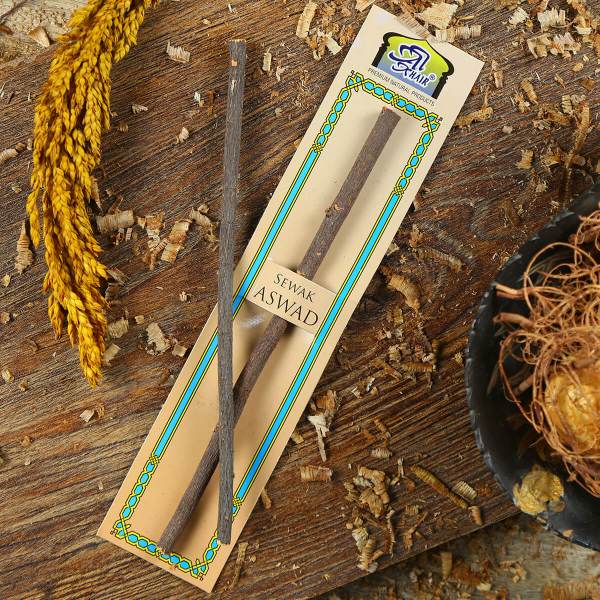 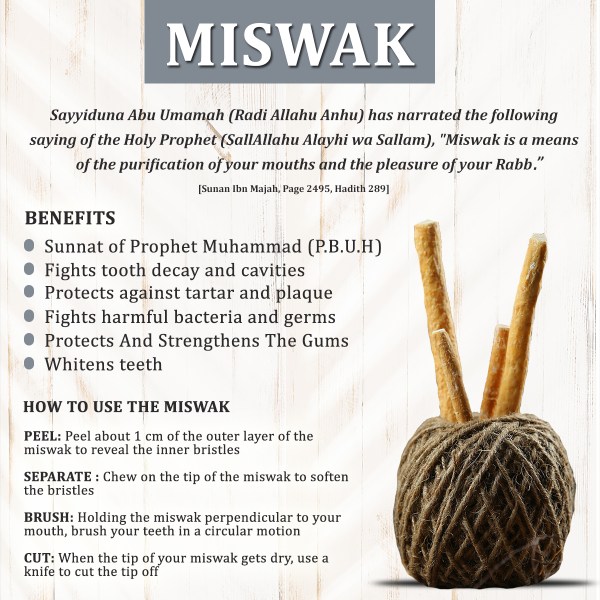 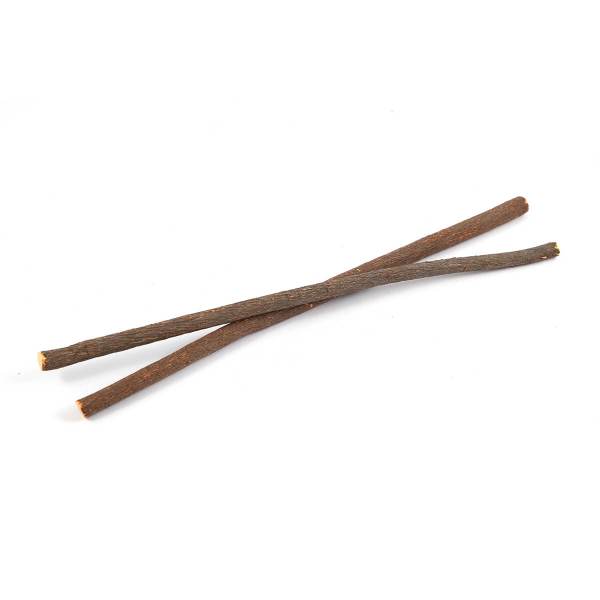 The miswak (miswaak, siwak, sewak, etc) is a teeth cleaning twig made from a twig of the Salvadora persica tree (known as arak in Arabic). It has a long, well-documented history and reputation for its medicinal benefits. Raw and Unprocessed Miswak extracted from Olive/Zaitoon tree. Originating from the borders of Pakistan and Afghanistan.

The Miswak, also known as sewak, is nature’s own toothbrush and has been used for centuries in Middle Eastern & African societies as a natural method for cleaning teeth. It has been recommended by World Health Organization for its dental hygiene benefits. AL Khair, one of the pioneers in Miswak packaging, brings to you hygienically packed Miswak helping you to whiten your teeth, strengthen your gums, eliminate bad odor and leave your mouth feeling fresh, Naturally!

It is often mentioned that the Prophet Muhammad (PBUH) recommended its use. He is quoted in various Hadith regarding the Miswaks’s virtues:

“Were it not that I might over-burden the Believers I would have ordered them to use Siwak (Miswak) at the time of every Prayer.”

“Four things are from among the practices of the Prophets: Circumcision, Perfume, Miswak, and Marriage.

“Make a regular practice of Miswak for verily it is the purification for the mouth and a means of the pleasure of the Lord.”

A scientific study comparing the use of miswak with ordinary toothbrushes concluded that the results clearly were in favor of the users who had been using the miswak, provided they had been given proper instruction in how to brush using it. The World Health Organization (WHO) recommended the use of the miswak in 1986 and in 2000 an international consensus report on oral hygiene concluded that further research was needed to document the effect of the miswak.

Dr. Rami Mohammed Diabi, who spent more than 17 years researching the effects of miswak on health, and especially its anti-addiction effects on smokers (curative and preventive sides), has opened a field of science and research with his last publication: “Miswak Medicine Theory” or Sewak Puncture medicine which led him to what is called Beyond Sewak: World of Science and Research.

How to Use:
Simply scrape off bark from the tip (half an inch), then chew the tip gently until its fibers become soft and brush-like. Brush teeth horizontally and frequently. When the bristles become worn, cut off the tip and start again.

Maintenance
A miswak should be one hand span in length when selected. If it becomes dry, it should be soaked in rose water to soften the end bristles. The end should be cut afresh to ensure hygiene and should never be stored near a toilet or sink.

There are no reviews yet.

Only logged in customers who have purchased this product may leave a review.

There are no questions yet

Your question will be answered by a store representative or other customers.

Thank you for the question!

Your question has been received and will be answered soon. Please do not submit the same question again.

An error occurred when saving your question. Please report it to the website administrator. Additional information:

Thank you for the answer!

Your answer has been received and will be published soon. Please do not submit the same answer again.

An error occurred when saving your question. Please report it to the website administrator. Additional information: